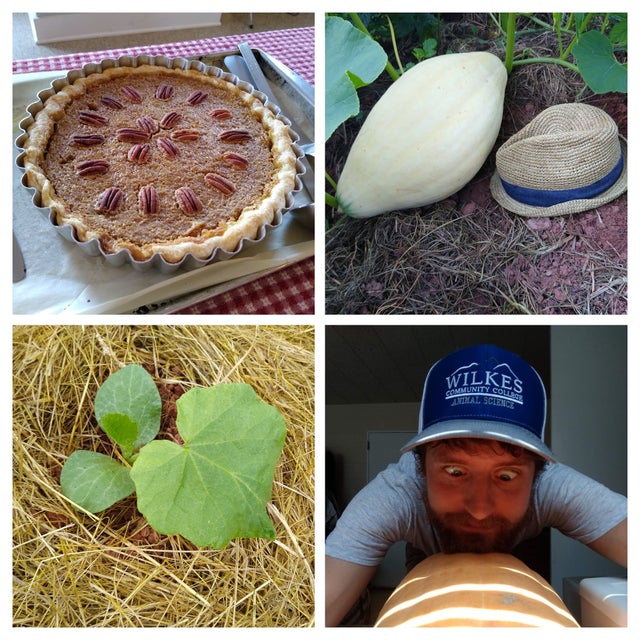 SKU:
$10.00
$10.00
Unavailable
per item
Species: Cucurbita Maxima
A large classic Southern Appalachian long-keeping squash.  Jackson County, NC.
Add to Cart
Candyroasters
Ah, the candyroaster. If there's an heirloom close to my heart, it's this group of Southern Appalachian winter squash (they keep for the winter, that's not when you grow them). THE traditional squash for pies in the mountains (pumpkins were often for the livestock). Candyroasters tend not to produce many fruit per vine, but what few they do are often very large. It's a great "keeping" squash. I've had them keep for over a year--though I recommend eating them late in winter. A light fall frost on the fruit will improve the (already amazing) flavor, but don't let it freeze! As an old "landrace" of Cherokee origin, there is a lot of genetic variety in this one. Some years you'll get blue fruit or green fruit, sometimes striped or rough, but that's not a flaw. It's just not been overbred into a uniform plant and still is chock full of genetic potential to adapt to your garden conditions (or a rapidly changing climate).

​For more on candyroasters, including a great soup recipe, see my article on the NC Food Blog

The Story
I've been growing this candyroaster for years from seeds I harvested from a huge squash that I purchased at the Sylva farmers market.  For years, a man would show up with his pick-up truck full of big beautiful squash.  He even brought a big cart so people could wheel the huge fruit to their cars!  He told me that he got the seeds from a roadside stand some 30 years before.  It was early on in my collecting, and I neglected to get his name.  It looks just like the candyroasters often displayed at the Cherokee Fall Festival.
​ 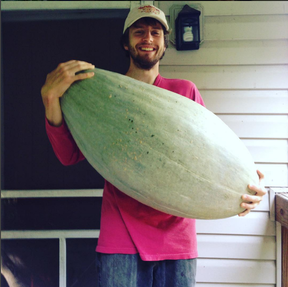 Growing Notes
Candyroasters need plenty of room to "sprawl" on the ground, though you can also grow them up over a fence or trellis.  They will readily climb, but be prepared to support huge squash as they develop.  The fruit can be eaten young like a summer squash, but I usually can't bear to do so--they are SOOO good when fully ripe.  Note, you CAN grow these alongside other cucurbits without fear of crossing--just not with other maximas.  Some other species of squash will accept maxima pollen though.  It's best practice in general to hill up squash, and it's also best to start squash seed in the ground.  If you really want to pre-start in a pot, then you need to use at the very least a 4" pot and transplant them to the garden as soon as the first true leaf has started to show.  They'll get rootbound quickly.  Keep an eye out for squash borers (some resistance) and squash beetles and squash bugs.  ​
Proudly powered by Weebly